IBM has been charged with another age discrimination case. Josh Van Kampen of Van Kampen Law in Charlotte, NC comments on what this means for Red Hat. Sharika M. Robinson, who joined the Carolinas-based Robinson Bradshaw as an associate in 2015, accused the firm in her suit last month of engaging in a pattern of gender and racial discrimination that belies its public marketing to prospective clients and employees as being committed to diversity and inclusion. Lawyers don’t appear to be in danger of being replaced by artificial intelligence, but employers are increasingly turning to proprietary AI programs to automate the recruiting arm of their human resource departments, which could turn out to be discriminatory. Read more about the subject from Josh Van Kampen in North Carolina Lawyers Weekly. A woman claims her co-worker at a local restaurant repeatedly used racial slurs against her and even dumped hot barbecue sauce on her. The federal government is now getting involved and suing Lancaster’s BBQ & Wings restaurant in Mooresville. Read more on the story inside.

A white worker at a North Carolina barbecue joint threw hot sauce on an African-American co-worker and repeatedly called her the “N-word,” the federal Equal Employment Opportunity Commission said in a news release and lawsuit. The EEOC filed the lawsuit in federal court in Statesville this week against Joe’s Old Fashioned Bar-B-Que Inc., the corporate entity for Lancaster’s BBQ & Wings, according to the EEOC’s news release.

A group of parents has reached a settlement with a preschool in Charlotte that they said discriminated against their children because of disabilities. Calvary Child Development Center and a group of five families came to an agreement Oct. 3 to dismiss the families’ lawsuit in exchange for the school adopting policy changes to better accommodate children of all ability levels. Parents who said their children were booted from the day care at Calvary Church in south Charlotte because their kids developed medical conditions have settled their lawsuit with the church, court records show. CHARLOTTE, NC (WBTV) – A settlement was reached Wednesday in a lawsuit filed in 2016 against a megachurch in south Charlotte that claimed discrimination against children with special needs. The lawsuit was filed in January 2016 against Calvary Church’s Child Development Center. Five families claimed their children were wrongly expelled or asked to leave the school because of perceived or real disabilities. The megachurch Calvary Church in south Charlotte is promising changes after settling a lawsuit involving children who have special needs. The children’s families dismissed the lawsuit against Calvary Wednesday. Five families claim Calvary Church denied their children care, kicking them out of the school because of their disabilities, including diabetes and ADHD. 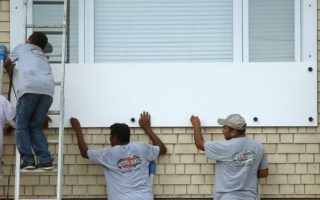 State labor department advises workers can be fired despite state of emergency and hurricane safety concerns, but labor law attorneys say otherwise. See what they are saying inside.