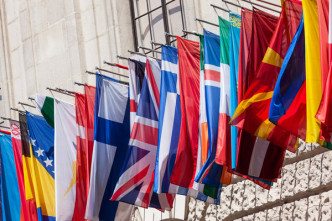 Arsham was employed by the Baltimore City Department of Public Works from 1988 through January 2014. In 2010, one of her co-workers, Prakash Mistry, became her supervisor. Arsham claims that Mistry believed that she was a member of the Parsee ethnic group, one of the lower castes of Indian ethnic groups, for which he expressed open disdain. Mistry treated Arsham less favorably than her colleagues with respect to job titles and requests for time off, denying her permission to visit job sites and excluding her from meetings. Ashram claims that Mistry effectively sabotaged her chances to succeed in her position.

Upon filing her complaint with the court, the City moved to dismiss the case, contending that Title VII makes no mention of protection for employees from workplace discrimination based on a perceived character trait. Further, the City argued that had Congress intended to provide such coverage under that statute, it would have included the provision as it did under the American with Disabilities act, which protects those “regarded as disabled.”

The Court rejected the City’s argument and referred to the City’s position as a “superficially logical, but fundamentally abhorrent, argument.” The court reasoned that an employer should not be shielded from liability because of a mistaken perception, as the discrimination is still just as injurious to the employee. Federal courts in Tennessee, Kansas, Ohio, North Carolina, California, Illinois, New York, and Georgia have relied upon the same reasoning. In addition, the Third, Fifth, Ninth and Eleventh Circuits have permitted such claims. Although the Fourth Circuit Court has dismissed a case based on perceived discrimination, the decision was unpublished, and therefore, not binding on this court.